The Closing of a Successful Season 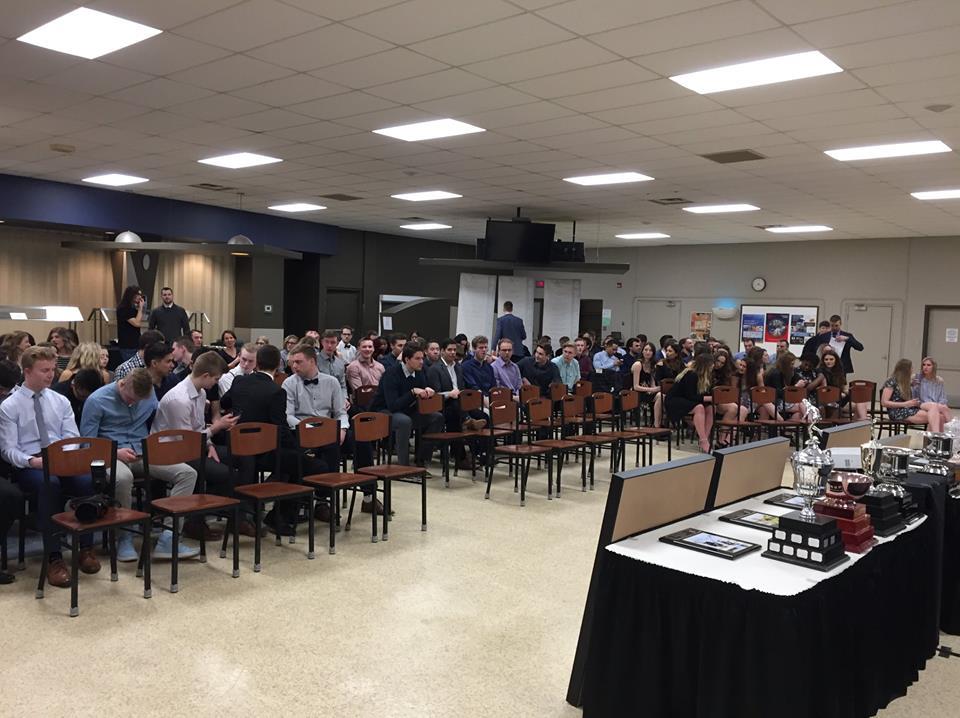 Last week officially wrapped up the 2017-18 season with the Athletic Awards Nights on Tuesday. The night saw multiple teams, coaches and athletes receive recognition and awards for their performances not only in sports but students as well in the department and leagues.

Varsity’s Athletes of the Year went to two 5th year student-athletes, Sam Zacharias and Taylor Klassen. Zacharias, hitter for the women’s volleyball program, finished one of her strongest seasons to-date as a silver medalist at playoffs, broke the ACAC All-Time Kills Record, is also the ACAC Aces leader and she received the ACAC Player of the Year, CCAA All-Canadian and CCAA Player of the Year awards. While Klassen, the outside hitter for men’s volleyball finished 3rd in the league with kills per set (3.34), 3rd in points per set (4.1), 4th in services aces per set (0.48), 5th in points (322.0) and was named to the ACAC All-Conference south team.

Briercrest Volleyball coaches were also recognized and honoured with the ACAC Coach of the Year awards, for the men was Nigel Mullan and for the women Nolan Weinmaster.

In addition to varsity’s successful year, this season was a major achievement for Briercest’s JV programs. Of the eight programs, 4 finished in the top 3: women’s JV volleyball, men’s soccer and women’s soccer all won their PAC conference titles and men’s JV basketball won bronze. Also highlighting their successful year, women’s softball made playoffs.

The JV Athletes of the Year were awarded to Sydney Klassen (women’s volleyball) and Joe Wilson (running). Klassen also received the PAC MVP and All-Star awards for her contributions to the team’s first place finish and Wilson helped lead his team to place in the top three consistently throughout the year.

Of those graduating, four were recognized for their five years of dedication at Briercrest and in athletics: Sam Zacharias, Micah Abbott, Mark Mckinnon and Josh Anderson.

Other Department awards presented during the night:

Community Involvement Award: Ben Feere (hockey) for his service in the community with Caronport Minor Hockey.

Other team and league recognitions:

Hockey: Dan Dekoning (ACAC All- Conference and Academic All- Canadian)