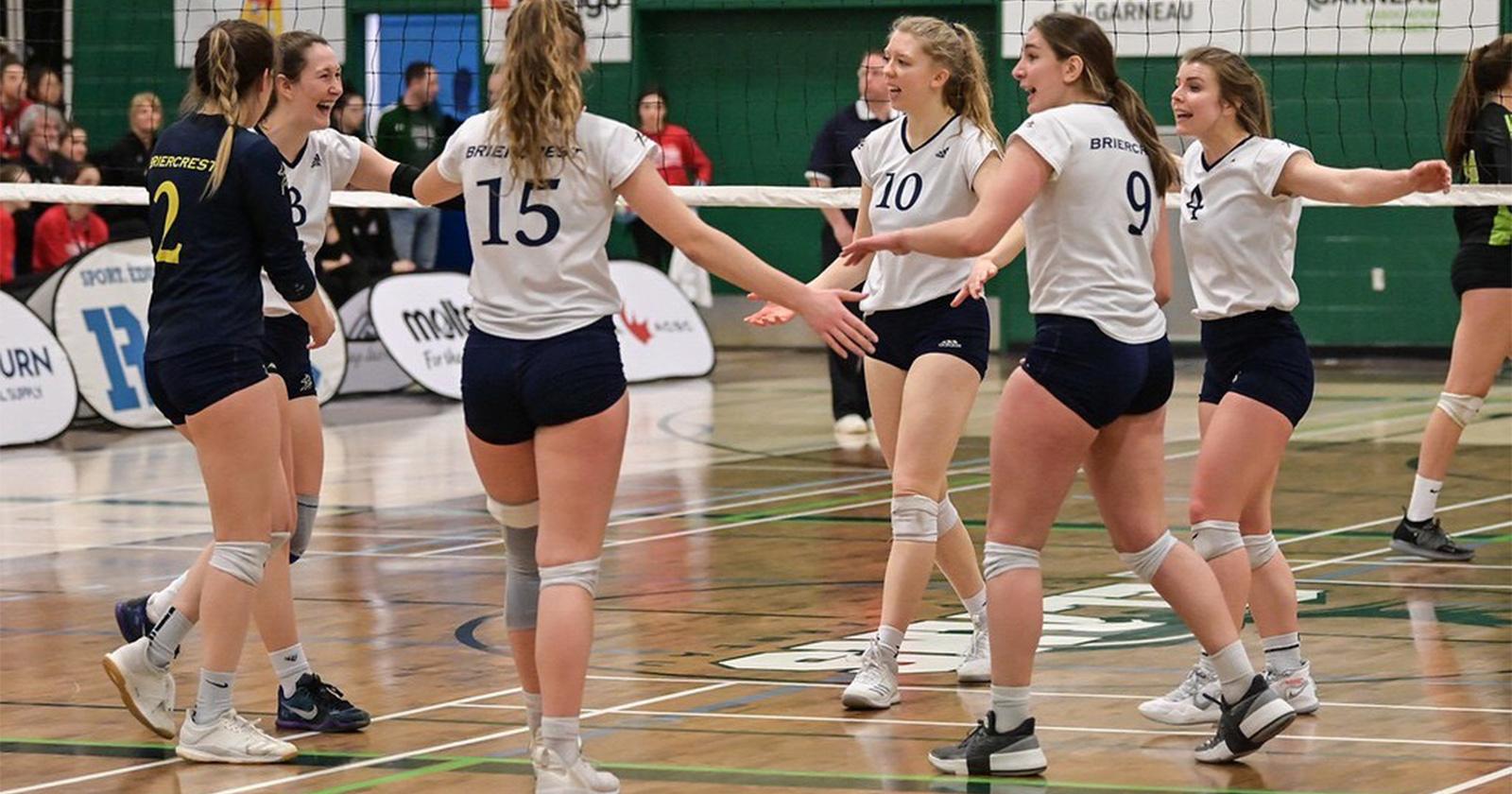 For the second year in a row, the Briercrest Clippers women’s volleyball team has made an appearance at the CCAA (Canadian Collegiate Athletic Association) National Championship. This is their third appearance in five years at Nationals, and the team was looking to bring home their first-ever national medal and possibly their first-ever banner.

The CCAA National Championship is a tournament comprised of the top 8 teams from across the 5 leagues in Canada at the collegiate level to determine who is the best in the country, hosted this year by Cégep Garneau in Quebec City. The tournament began on Thursday, March 12th, the first of the three-day event.

In their previous two appearances, Briercrest has finished just outside of the top three seeds in the tournament, but after an outstanding 2019-20 regular season with a 22-2 record and a gold medal at the conference final, the Clippers were looking at their best chance at a national medal.

The squad has been led by three foundational senior players, Ashley Erickson, Kirsty Kindrachuk, and Rebecca Garner. Erickson, the team’s setter, set the ACAC (Alberta Colleges Athletic Conference – the league in which Briercrest competes) all-time record for assists, recording 3,727 in her five-year career. She also received the 2019-20 ACAC Women’s Volleyball Player of the Year award as well as the 2019-20 CCAA Women’s Volleyball Player of the Year award, an outstanding achievement. Kindrachuk, the team’s libero, is second all-time in the ACAC for digs with 1,281 and first all-time for Briercrest, playing all five years with Erickson. Garner, who transferred to Briercrest for the last three years of her degree, has led the team in kills in back-to-back season, recording 297 in the 2019-20 season and led the ACAC in kills in 2018-19. With all three athletes playing in their fifth and final year, the Briercrest Clippers were looking to make a deep run at the National Championship and capture the elusive top-three finish.

Briercrest had a phenomenal performance in the quarter-final on Thursday, March 12th, sweeping the Holland Hurricanes from P.E.I. 3 sets to 0 (25-12, 25-14, 25-14). Saskatchewan native Mia Harder was awarded with Player of the Game, recording 5 kills, 4 service aces, 3 blocks, 2 digs and 2 assists. The team then played in the semi-final against the host school, Cégep Garneau, on Friday, and a victory here would propel them to the final and secure them a medal. Although Briercrest played well, they were not able to overcome the hosts, losing 3 sets to 0 and being eliminated from competing in the final. Player of the Game went to Rebecca Garner, who scored 17 kills and had 11 digs. Saturday saw the women now competing for the bronze, playing in the back-door semi-final. They were matched up against Red Deer College, the ACAC silver medalists, who came out looking for revenge for the conference final. It was a close game, with tight sets and non-stop back-and-forth action, but in the end Red Deer upset the Clippers in a five-set match and advanced to the bronze final, eliminating the Clippers from the tournament. Player of the Game went to fifth year Kirsty Kindrachuk, who had 15 digs, 2 assists, and 1 kill.

Although the tournament did not end how many fans and players hoped, it was still a phenomenal achievement to have Briercrest represented at the national level. Briercrest is proud of what these women achieved and is thankful to God for the opportunity to compete at such a competitive level, and wants to congratulate the players, coaches, and team staff who helped make this season possible. It was an epic way to end the careers of fifth-year athletes Ashley Erickson, Rebecca Garner, and Kirsty Kindrachuk, three outstanding athletes who have been the backbone of the program. It also could not have been accomplished without the fantastic leadership and coaching provided by head coach Nolan Weinmaster (2019-20 ACAC South Coach of the Year) and assistant Coach Elly Blackaby, along with the support of team chaplain Joelle Epp, team manager Abi Drinkel, and all the encouragement and support from friends, fans, and family.

All glory be to God!